Make sure that we can inspire you in the future: subscribe us here.

THE Great Wall OF CHINA

The Great Wall of China is a good reason for the existence of the Bucket List! It’s an astonishing relic of China’s history, and it’s a must for many travelers and tourists around the world, in fact, it is considered as one of the Seven Wonders of the World.

Discover the Amazon Rainforest and River

Also named “lungs of the world”, the Amazon rainforest produces an important share of the oxygen for the entire planet and is made up of a mosaic of eco-system and vegetation types. It is difficult to find another place in the world as rich in adventures and unique experiences as the Amazon.

Standing proudly in the main square of the city center, Milan’s Duomo is decidedly the most impressive structure and the emblem of the city of Milan.

Drink wine under the Eiffel Tower

The Eiffel Tower was the principal exhibition of the Paris Exposition of 1889. It was constructed for the commemoration of the centennial of French Revolution and to demonstrate France’s industrial power to the world.

Born from a basement served as a basis for nine small churches built one after another and connected with galleries and passageways, the St. Basil’s Cathedral on Red Square is a can’t miss attraction in Moscow.

Enjoy yourself at Sydney Opera House

Opened in 1973, the Sydney Opera House is a multi-performing art center in Sydney and great architectural work of the 20th century that is synonymous with creativity and innovation.

Dive on the Great Barrier Reef

Located on the coast of Queensland in Australia, the Great Barrier Reef is famous for being the world’s largest coral reef system.

Sail to the Statue of Liberty

Inaugurated in 1886, the sculpture stands at the entrance to New York Harbour and from the beginning has welcomed millions of immigrants to the United States. For this reason, the Statue of Liberty more than a monument is a symbol of freedom to millions of people around the world and a point on your bucket list that you cannot miss!

The Kilimanjaro is famous for being the highest mountain in Africa and the tallest freestanding mountain on earth. It is a possible bucket list option for most people and 20.000 people every year climb it.

Attracting approximately 3 million of tourists from all over the world each year, Mount Rushmore is one of America’s most important attractions.

Admire an aurora borealis in Norway

Every traveler’s bucket list should include viewing the Northern Lights, one of the most naturally spectacular phenomena that have the power of taking your breath away.

Surrounded by fantastic nature, the Blue lagoon is an oasis of relaxation set in the pure heart of the Icelandic landscape. It is one of Iceland’s most popular attractions, and it’s not hard to understand why. Try it in 2020 and share your experience with us!

The basilica Sagrada Familia is Barcelona’s most famous landmark and one of the city’s most impressive sights. One of the world’s most prized architectural marvels, despite the fact that the Gaudi’s construction has not yet been completed. This Church will leave you breathless, not only because of its giant size but primarily because of its pioneering architecture, which perfectly shows off the genius of Antoni Gaudì.

Climb the stairs at Tianmen Mountain

Has been defined one of the most beautiful mountains in the world by many travelers who have been in China.

Admire the view from Burj Khalifa

Dubai takes pride in having the tallest building in the world. Standing at 829,9 meters tall, the Burj Khalifa with its 360 degrees view on the 124th floor is one of the most attractive places of Dubai. Definitely something you should put on your bucket list in 2020

Situated in the south of Kowloon Peninsula, Tsim Sha Tsui is known as the shoppers’ paradise thanks to its malls and colorful shopping streets. One of the world biggest bazaar, where Hong Kong’s Harbour meet stands, shops, markets and malls. Canton Road can offer you the best luxury designer goods.

The first truly colossal royal sculpture in Egypt, and one of the oldest, largest and most mysterious monuments ever created by man. The Great Sphinx with the lion’s body and the human’s head offers us an invaluable glimpse into the past.

Hike on the Rainbow Mountain

The Rainbow Mountain, known as Vinicunca Mountain, is about 3 hours away from Cusco. Towering at 6.000 meters, it’s coat of many colors is attributed to its sedimentary layers exposed for years to environmental conditions and mineralogy.

Enjoy a bath in Pamukkale

This Turkey’s unrealistic landscape is made up of mineral forests, petrified waterfalls and a series of terraced basins. You can now relax and bath at Pamkkale it must be on your travel list.

Indonesia’s Kawah Ijen Volcano, located on Java’s Island, has two of the most unusual occurrences on the hearth. The first is electric blue flames, difficult to see during the day but illuminate during the night.

Hopefully, we could inspire you to do as many as possible of them!! Do not wait to share your stories with us on instagram and other social media channels by using #theperspectve and tagging us on your pictures! Don’t wait to tell us what you’ve already done and what you would recommend for us!

Make sure that we can inspire you in the future: subscribe us here. 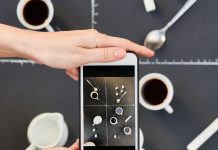 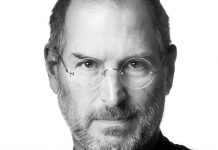